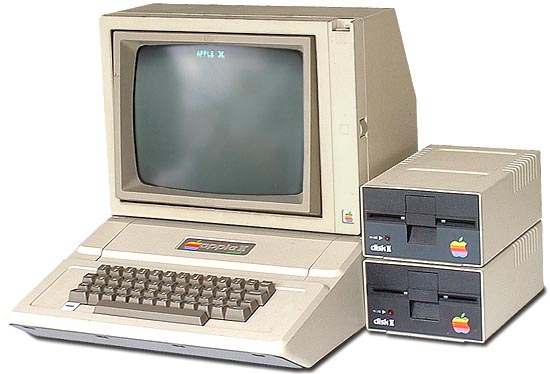 So yesterday WordPress offered me the chance to try out a new editor. It seemed like a slap-bang idea and so I said yes to installing the plug-in (if you are not a WordPress author or an IT enthusiast you can pass on this post and wait for tomorrow’s).

My first experience with computing was when I was a newly minted teenager and my Grandfather, the king of all things new and shiny, bought an Apple computer from a Bell & Howell distributor (an audio-visual dealer that you can probably look up in the Internet Archive).  It’s my understanding that was probably one of the first 1,000 computers Bill Gates sold. My Grandfather being my Grandfather, always traded in his computer on a newer model  the day they came out so I was always getting to play with new stuff.

My Grandfather had a nephew who worked for Apple in the late 1970’s, early 1980’s, and I remember a huge box delivered to his office with a prototype of the first 5MB hard drive inside. The box was like 3′ x 5′ and mostly filled with padding. Took us 8 months and numerous long distance calls to California at $3.00 a minute (long distance was a thing back then kiddies) and it never really worked right until the new ProDOS operating system came out.

The reason I bring all this up is because I’ve been around computing for more than 40 years – I have horror stories of the early years for days, so I know that I should back things up. Always BACK THINGS UP. So, of course, I installed the new plug-in without BACKING THINGS UP. It failed to install correctly and broke everything.

I was finally able to delete everything broken and re-load things that were  missing but because I’m a WordPress newbie it’s going to take me a few days to put things back like they were. It’s a learning experience, and I knew better, so I have only myself to blame.

What does this have to do with a sustainable life you ask? Well, as the Survival type saying goes “One is none, two is one and three is better”. I should have taken the time to back things up. I should have had a plan in case things went wrong. Things always will go in the their own direction, and it won’t always be how you think it should be. Building in redundancy is always a good idea. I’m glad the lesson I had to re-learn wasn’t too painful. I’ll know better next time.

What kind of lessons has Life taught you when you weren’t paying attention? Were you able to adapt quickly? I hope so. Let me know, I’m interested.