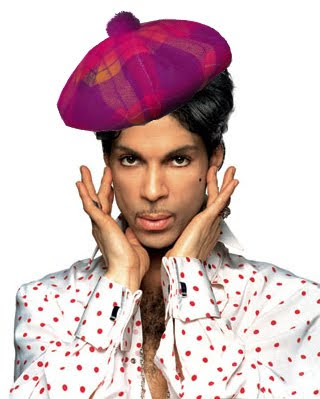 Our cocktail of the month for August is a hat tip to one of Miss Mercy’s favorite artists – Prince! We decided to take advantage of a wonderful gift from our Pacific Northwest cousin, a bottle of Raspberry Liquor from Skip Rock Distillers in Snohomish, WA. Their website includes a nice list of products including a rye whiskey and a potato vodka.

Miss Mercy discovered two different recipes for the Raspberry Beret and so we decided to try both of them. We found the first recipe to be pleasantly refreshing. The second recipe we thought was a great dessert drink. If you decide to give either of these a try, let us know what you think!

Combine all ingredients apart from the soda water in a cocktail shaker. Add ice and shake until well chilled. Strain into a chilled coupe glass. Top with soda water and garnish with raspberry.

Blend with 8 ice cubes. Pour in a glass rimmed with red-colored sugar, top with whip cream and sprinkle with red colored sugar.

Sometimes stupid happens – sometimes it’s preventable, sometimes it’s an accident and sometimes it’s not knowing there is still chain link fence inside a tree stump (you can decide which category that falls into gentle reader). So the Mad Farmer is typing this post with with one less working finger than the last post, bringing up a great time to talk about first aid on the homestead.

First we will tell the tale of woe on the homestead. One of the recent projects on our list has been to reconfigure the fence around our urban property to put a gate into the “back 40” so we have easier access to an easement area and can also put a little more privacy around our back yard. New readers may not know this but several years ago when we built the Pub Shack the area was overgrown with scrub trees that we had cut down to make space for the Shack. Some of the stumps were still producing a lot of new growth (great if you are coppicing for fodder, not great for using the space for pumpkins) so before the fence gets extended the stumps have to go.

Turns out over the years before we bought the property some of the trees had grown up around and through the chain link fence that used to be on that section of the property. Turns out some of that chain link is inside the stumps but barely, or not at all, visible when looking at the stump. So in the interest of getting the project done the Farmer was paying a little less attention that perhaps was warranted, resulting in a sudden twist of a shovel handle and the rapid acceleration of the handle into the top bar of a partially existing chain link fence. As it turned out the Farmer’s little finger was not nearly as sturdy as either the shovel handle or the chain link fence rail. This sad state of affairs provided the Farmer with a spectacular attention-getting moment, a few choice words and a trip to the Minor Med to check out the problem.

Some folks may or may not know the Mad Farmer is a Kansas Certified Emergency Preparedness Instructor, which in theory should mean he knows a little more about first aid than the average Joe walking down the street. In reality it means that the Farmer set the bone without putting any real thought into if that was the right thing to do (it probably wasn’t), realized that he might go into shock (a possibility), so should have Miss Mercy drive him to get everything checked out (probably his best idea under trying circumstances). So, finger in a cup of crushed ice and off to the Minor Med we go.

So a couple of X-Rays and an hour later and the Farmer finds out that not only did he break his little finger (spoiler alert – he already knew that) but it turned out to be a “compound fracture”. In case you are not current on your first-aid-speak, a compound fracture is when the broken bone breaks the skin and allows the outside world inside access. Not the best thing ever according to the Doc. Usually there isn’t much to be done for broken digits, typically they tape them to the next closest finger and that’s about it. In this case the Farmer got a shiny new splint, an antibiotic prescription and a prescription for pain killers. Keeping the finger on ice kept the swelling down initially but boy howdy, did it start to throb after a while.

So to make a long story slightly shorter, broken bones usually take 6-8 weeks to heal. Fingers and toes can take longer because they typically aren’t immobilized completely and if you are not a Spring Chicken (and the Farmer is the other side of Spring at this point) it can take even longer than normal. So that this time, 10 weeks in, the finger is out of the splint, has been seen by a specialist who says it’s healing okay and the Farmer is mainly experiencing stiffness in the joint. Turns out you do use your little finger more than you might think so most of the homestead projects ground to a screeching halt while the finger was healing.

Good news is that the finger is mostly useable at this point, so with a little more care the projects will be moving forward again.