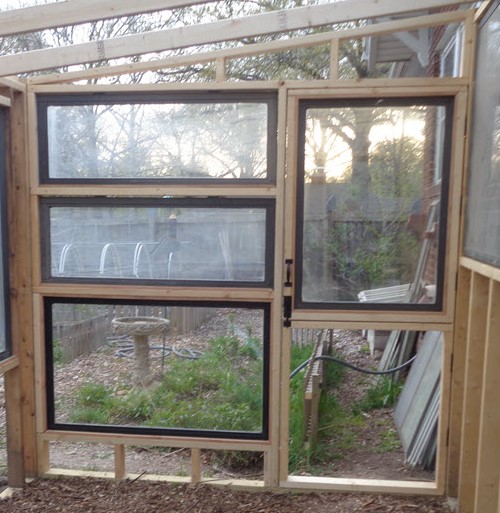 One of the really cool things about Miss Mercy (there are lots) is that sometimes her casual ideas are just brilliant. The Mad Farmer was explaining (probably poorly, but at least with sketches) his idea for what the West wall of the greenhouse was going to look like.

There were several discussions about the door, what side it would be hinged on, what it would look like, door handles, etc. During the discussion the Left-Handed Miss Mercy (I’m told that most left-handed people are awesome – although I’m mostly told that by left-handed people) went in depth about why the door should open this way versus that-way and which side she would prefer. So that prompted a quick inventory of doors about the homestead. Turns out on the TSL Homestead the front door is hinged on the right, the back door on the left and the garage door is on the left. Interior doors are a whack-a-doodle hodge-podge and the basement door is on the right.

Anyway, as we’re discussing the door Miss M says “I want it to be a Dutch Door”. The Farmer was gob-smacked to say the least. Awesome concept. After a quick search on the interwebs we found a style we liked and the Farmer set about making a $500 door appear out of $20 in parts – good thing Miss Mercy is on board with the Repair, Reuse, Recycle lifestyle.

The upper part of the door is framed from the window we were going to use anyway and we decided to use a simple black style for the hinges and the connecting latch. 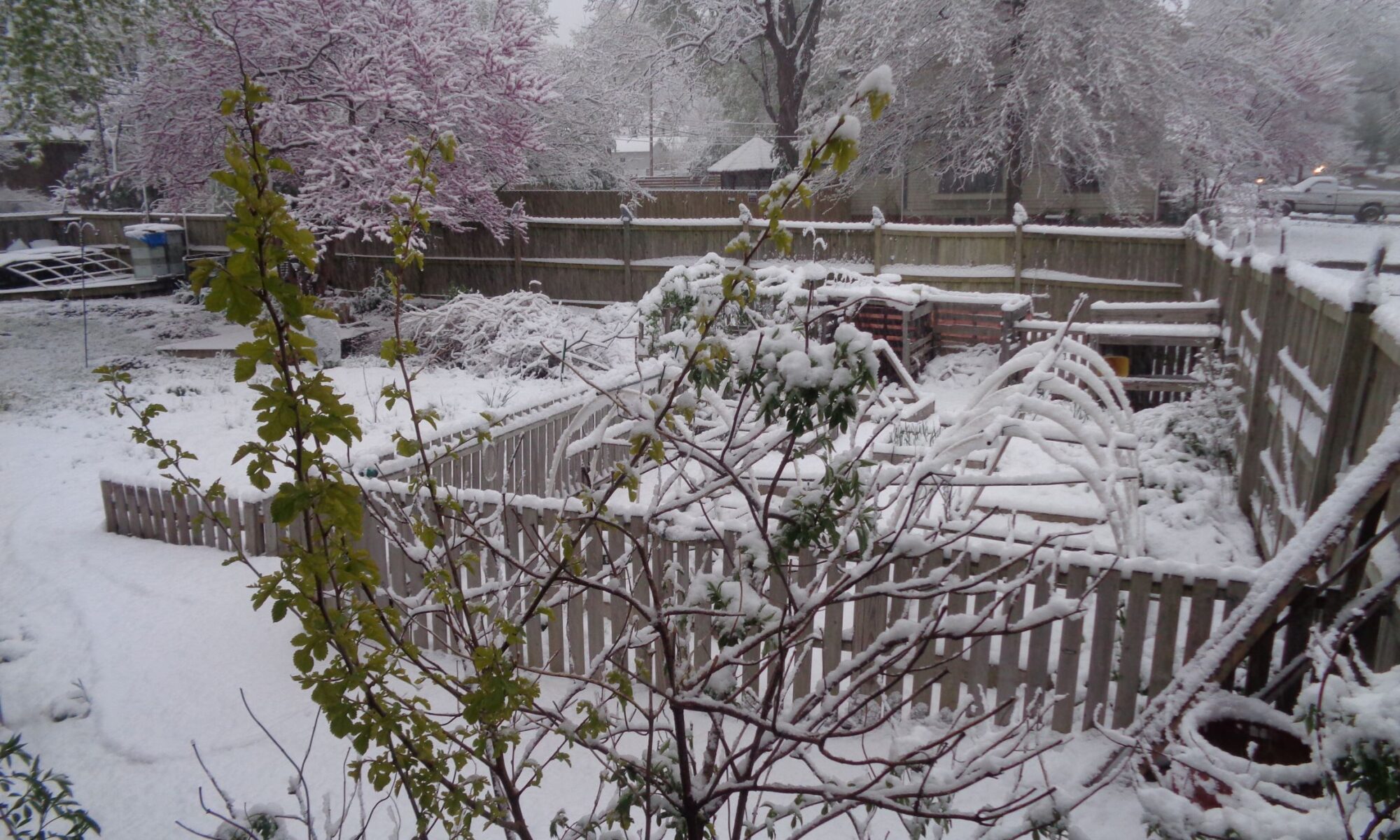 Last week was the “Average last frost” week in Kansas. Guess what Mother Nature brought us?

Come over and follow us on Odysee at TSLHomestead 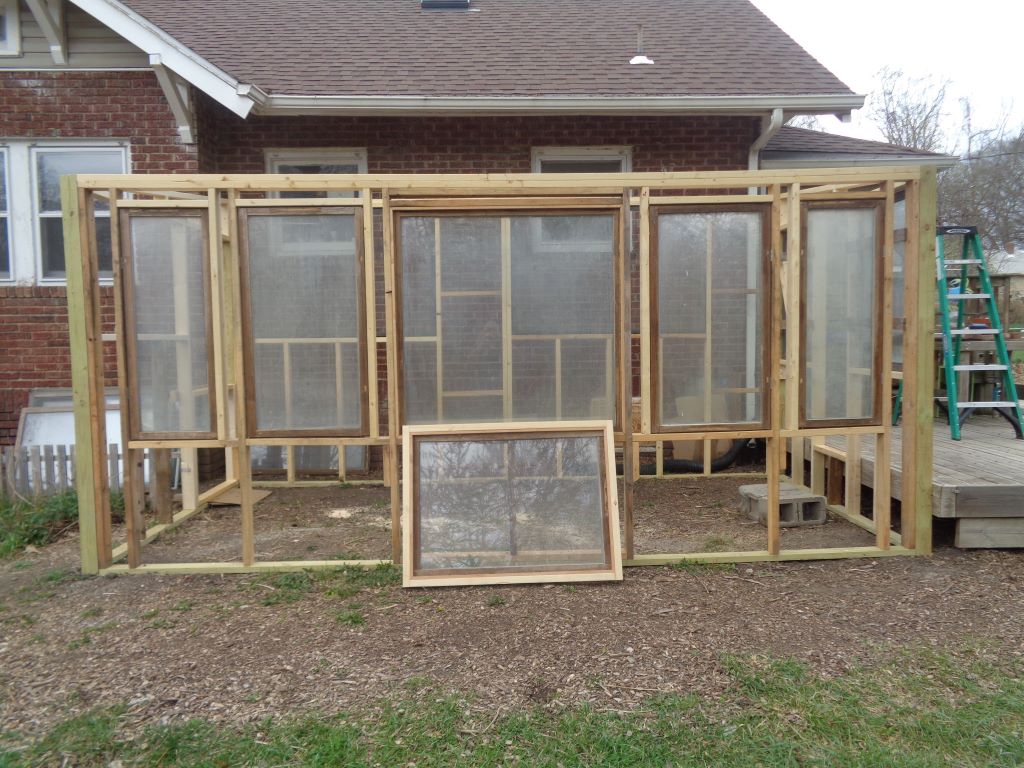 It’s Spring (finally) and that means changeable weather. We got the posts set and then the weather turned cold and rainy for a time. The Mad Farmer is a fair-weather builder, no heroic framing from this fella. Finally the sun came out and things dried out and we were able to get back to work on the build.

First layout with seven windows but the middle window is smaller than planned.

We started out by laying out a rough idea of what the South facing greenhouse wall might look like with the windows available. The original plan called for a 51×51 inch window in the middle but the part the Farmer forgot was that the studs and corner posts took up a little more space than planned for – one of the downsides of being a weekend hobby instead of having a job in construction where you don’t even think about things like that because you made those kind of mistakes the first two weeks on the job and then adjusted and never looked back. The Mad Farmer has an immense amount of respect for folks that build things for a living – not an easy job but seems like it would be rewarding.

The second layout with the 51×51 back in the center but only five windows. This is what we decide would work best for our space.

First the window spaces were framed, then the center window was installed and framed in place with a cedar trim on both sides because that window was not going to open. The other windows locations were rough framed and the entire wall was stood up, attached to the corner posts and leveled.

Installing windows by yourself (Miss Mercy was doing ‘growie’ things) requires bracing and occasional out-of-the box thinking (the 2×4 screwed to the frame to allow me to rest the windows on the board while installing hinges).

It took most of the afternoon to install the four windows that open on either side of the big window. I’m sure that professional carpenters could have probably had the entire job finished in a pretty short time. The Mad Farmer is a fair amateur carpenter but far from being a professional. I have nothing but respect for the folks who build day-in and day-out in all kinds of weather. It was with great satisfaction that I was able to show Miss Mercy upon her arrival at the homestead that the windows, did in fact, open and close and she was kind enough to show an enthusiasm for the progress being made. Made for a good afternoon. Our goal is to make progress when the weather allows.